The company at the center of the Boston gas explosions has announced it will provide thousands of displaced residents with Thanksgiving dinner.

Columbia Gas announced Sunday it would be offering hundreds of people free meals on November 22 after they were forced to leave their homes following a string of gas explosions in suburban areas of Boston last month.

People in the towns of Andover, North Andover and Lawrence can either pick up the meal or sit down to enjoy it with fellow members of the community, but must reserve the meals beforehand.

Scroll down for video 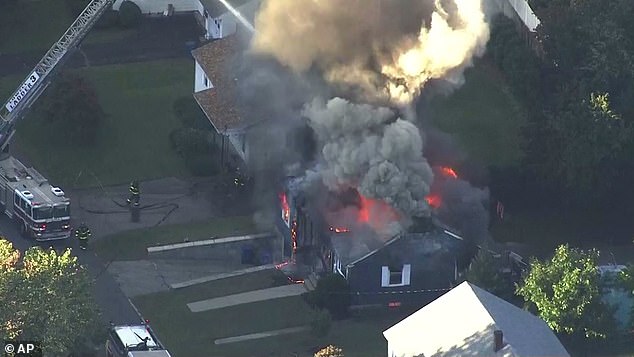 Firefighters battle a raging house fire in Lawrence, Massachusetts after a series of explosions last month 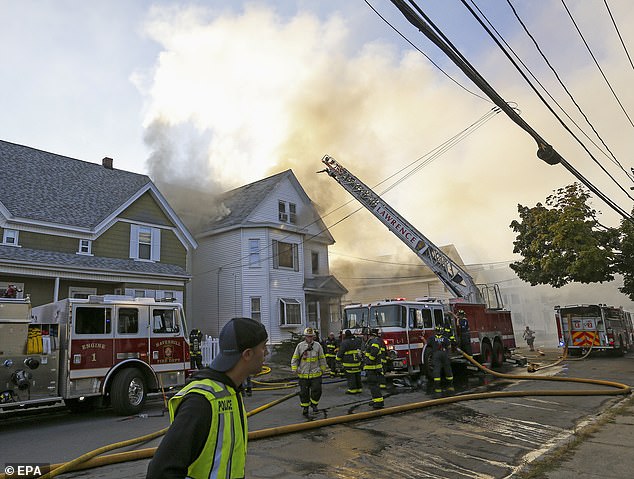 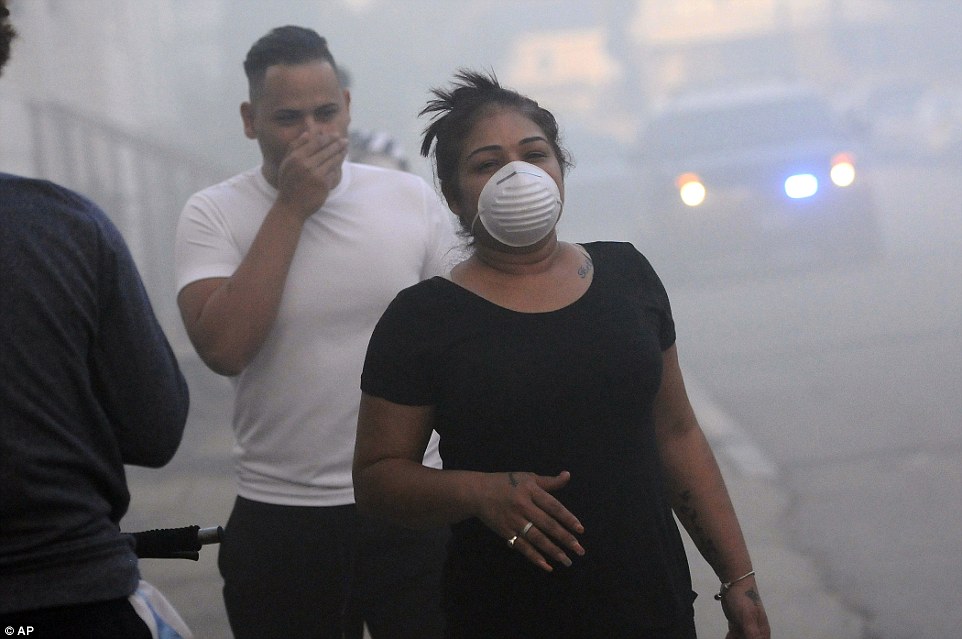 The company said it already has 3,700 meals reserved and is urging affected residents to call and book one of 20,000 dinners before the big day.

The meals will be served at a temporary trailer park where some residents are being housed, as well as a hall in Lawrence, according to the local station.

Colombia Gas has drawn criticism from Lawrence Mayor Dan Rivera as he claimed they were ‘hiding from the problem’.

Tens of thousands of people were left without homes, a teenager was killed and several others injured in September’s carnage. 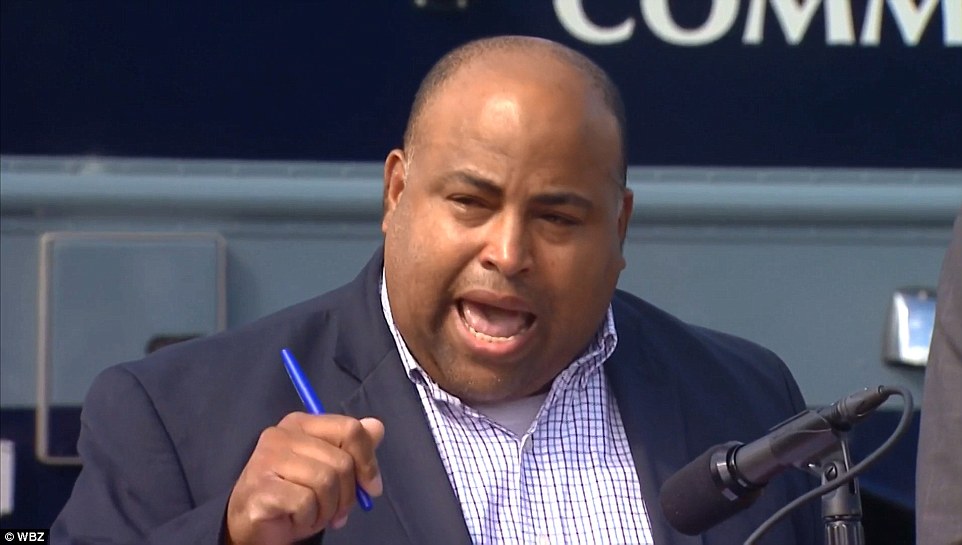 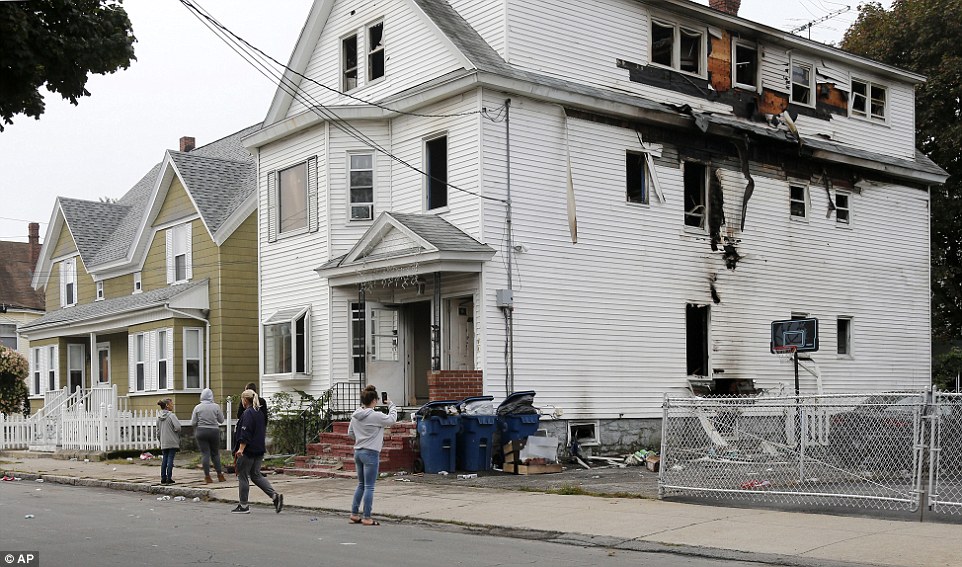 Part of a home which was affected in Lawrence is shown on Friday. Residents were out walking the streets despite warnings about staying away from the area

‘They’re not here, I’ll be damned if we are going to wait another 6 hours for them to get off their ass,’ he said at the time of the incident last month.

Dozens of homes and businesses were destroyed, 12 people were injured and 18-year-old Leonel Rondon was killed.

According to the state fire marshal, which is still investigating the cause of the accident, it is likely that an over pressurized gas main is what caused it.

It is not known if Columbia Gas was planning to replace it as part of its improvement works. 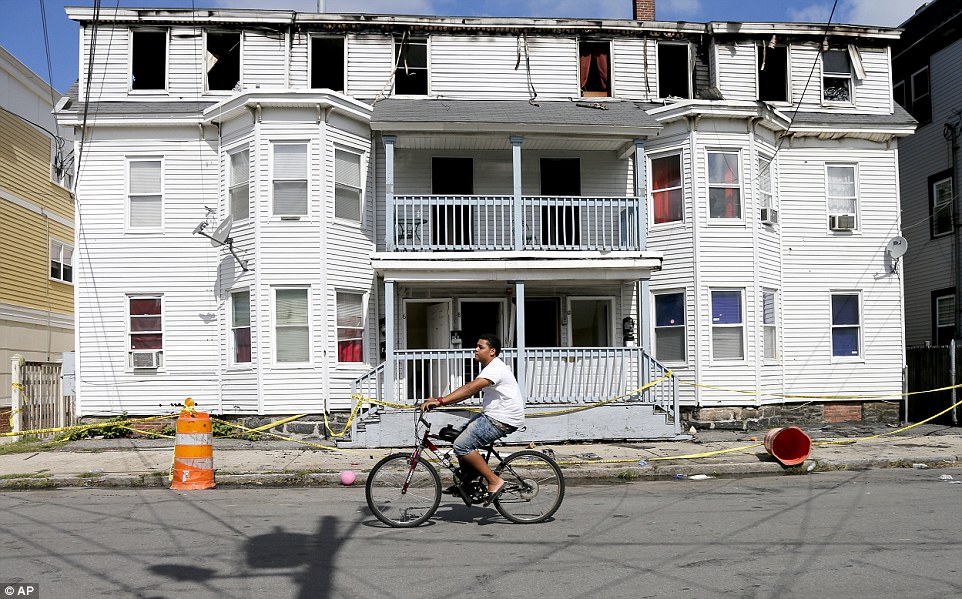 The top floor windows of a property in Lawrence were all blown out as a result of the explosions. The gas company whose pipes were the ones which blew were due to replace them over the next few weeks 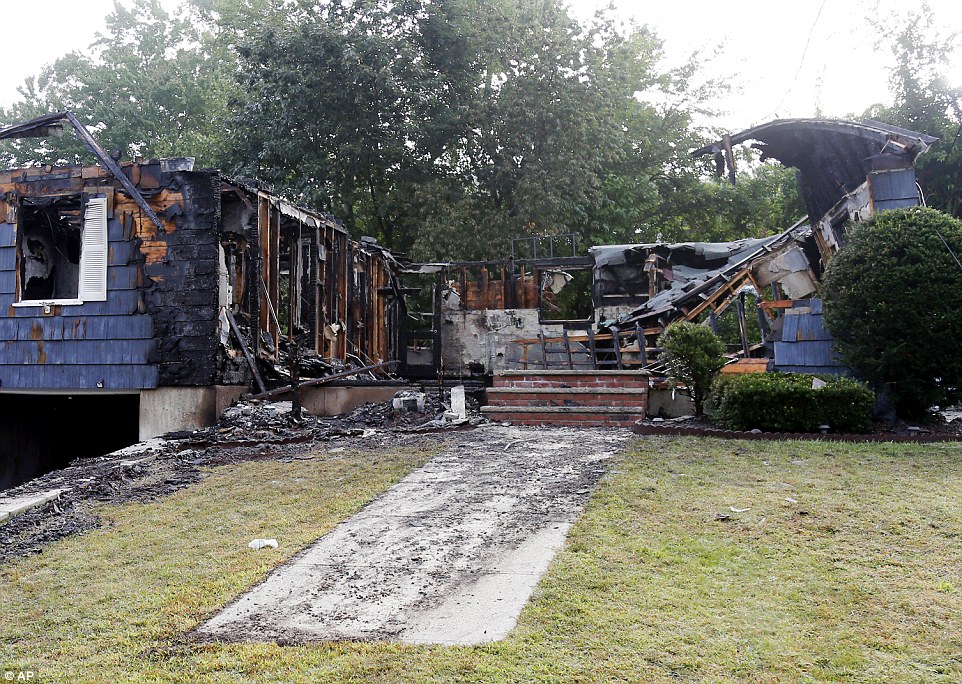 This was the aftermath of a gas explosion which destroyed a home in Lawrence, Massachusetts, a suburb of Boston on Thursday in a string of blasts which terrorized three different towns and obliterated dozens of homes

Information security: how to protect…

What is Construction 4.0 and…

Five signs your organization is…

The dichotomy of BIM

How E&C Businesses Can Set…